NextVid With YouTube Playlist And Background Playback For Android 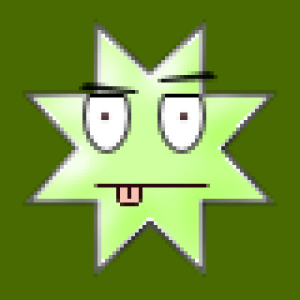 Not long ago we reviewed PV Star. A free application for Android which does get some stars based on its functionality and usability. Key feature kept in mind while development, is to allow users to have a continuous background playback from YouTube. The application was received well in the market and it made its place.

PV Star allows its users to create YouTube playlists, loop, shuffle, and run playlists / content in the background while performing tasks on other Android applications. After a lot of thorough research within Google Play Market, Android and YouTube users, NextVid deserved a review. Its an app developed by NextVid.com. (Of course, that is not famous among video playback users yet). But its completely powered by YouTube. Why we selected it for review?. Because its gaining market in Google Play Store with more than 500,000 downloads.

Moving on Its another free application similar to PV Star and allows its user to create and play playlists in the background, while performing other tasks such as running applications, viewing emails, browsing web or simply the device is off. Yet the playback can be heard just like any music player. Once the app is installed, users can go on with a quick search. Get access to playlists, recent clips played and music. Music category is defined based on artist playlists. Users can open an existing playlist i.e. Top Gear Challenges. Afterwards, play clips on their own or as a playlist. Ability to save and share is similar to other available applications is also there. Tap the description icon next to clip information to get complete stats of the clips. Finding related clips is also made possible from video description. Player quality can be set to Auto Detect, HTML5 Quality or low Quality. This can be achieved by accessing Application settings from home screen. From the same settings users can clear video cache and reset application to default settings. After playing a video, it can be added to the playlist. Not the best feature but its there. By default, a user would expect to long hold on clip description and simply an option to add it to the playlist. MyPlayer is a default player within the application which plays the video. A bit negative again, because if the device repository is brought in, the performance would be better. We pass the app. Yes we do! The user interface is friendly and accessible. Though, some updates would definitely make it better i.e. better playback, easy to create playlists, and ability to support all Android versions. Do download it, since its less than an MB. And don’t forget to share your thoughts and your favorite YouTube player for Android. We might consider it for a review.

The application has been removed from Google App Store.