Removable Smartphone Battery: Is It Fading Away Or Simply Not Required 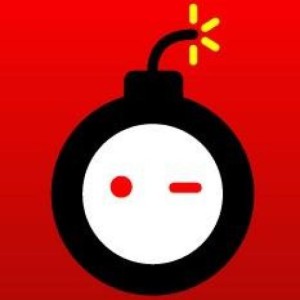 Is it really time to say good bye to smartphones and devices with removable battery? Some might say removable battery is history now, and some might defend the very existence of devices with removable batteries. With the devices getting bigger and wilder with extreme processing, screen resolution and memory, battery juice demand goes high. Juice as in battery life. Meaning a normal smart device with an average 4 inch high definition screen would need more than decent power to meet up with the smart requirements.

Consumers often complaint that their device doesn’t hold charge for long. And its quite obvious, 60% or more of the battery juice is consumed by the screen itself. User running number of applications at the same time with core multi-tasking and media features is going to take up the rest. Hence battery life is not going to last you the whole day (in many cases). The solution to that is battery packs. Number of manufacturers can be seen bringing in their portable battery packs to meet smartphone user requirements. Key requirement being the availability of a lot of juice at any point in time. Users can carry upto 10,000 mAH of portable battery available for less than $50 to meet up their extra needs. There are tons of different battery packs available, though the best USB battery pack (as many say) is Satechi Portable Energy Station.

That being said, lets look at why should one have a removable battery within their smart device.

Just like our laptops, its quite helpful to have a removable battery pack. Most common occasion would be hard reset. Software is not working properly and you need to restart via a hard reset. If the battery is removable, its quite easy to lay down the steps and trouble shoot the problem out.

There are instances when the device is not responding. Not responding at all! No actions can be performed via hardware keys and the only option is the removal and re-insert of battery. Keeping in mind, some devices do come with quick hardware shortcuts for device reset, but not all of them do.

Removable batteries are cheaper to buy (even the original ones) as compared to internal batteries. User would have to pay extra for installation (from most dealers) because they won’t sell the battery as it is. (for you to install). And since, its internal there might be some complications involved while replacing it.

Keeping in mind developers such as Apple, LG and HTC are not preferring removable batteries. Most of them never did. But folks at ifixit adored the way Blackberry’s Z10 battery was removable for easy repair.

Removable battery might be a ‘must’ for users who user their smartphones as their smart computers. From their daily tasks to watch HD videos, all they rely on is their huge resolution smart devices which would require a lot of battery. Moreover, as the competition grows between platforms and manufacturers, removable batteries  might fade away. Because they would want the user to buy a new device when the battery dies, instead of simply replacing the battery. At the end of the day, the load is on the consumer and the best way to accommodate it in terms of smartphone battery would be to prefer device with removable one.

Don’t forget to add comments and share your thoughts regarding this topic.

PrevPreviousHow To Fix Waiting For Location GPS Notification Message For Android
NextChromeCast: A Review And How To Modify / Root ItNext
On Key