Complains are all about memory issues, and over all bad performance related to memory and SD Cards in Android. The lag is there, if you’re device is loaded up with apps. SD Cards are kind of flash memory but they cannot act faster then the overall chipset memory.

We share, SD Booster which will make your device faster, up to 40 times. That’s what developers said, and that’s the same statement which users are putting forwards. Developed by who else, other than XDA developers!

After our test run on Nexus S which is loaded with apps and minimum of 6 are in usage at all times. The results were good, when it came to starting new apps, switching songs and apps etc. The app is available in Android Market for free and good news for tablet users! Update for Honey Comb is expected soon. 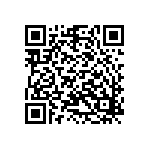